I can’t believe the Olympics are over now. They’d been a near-constant companion for 2+ weeks, and I’ll miss them. And when I say “constant” I mean that. This has been the view from my desk at work: 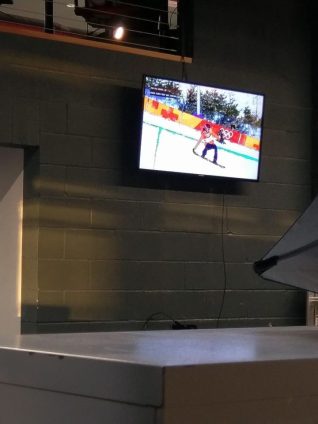 I even had to move my coworker’s plant out of the way, as she rudely had it sitting atop her filing cabinet and blocking my view. The nerve of some people! Our IT department (that may be a generous description given that it’s really just one guy) was kind enough to hook up a laptop and play highlights from the previous day’s events. I was especially thankful for this after realizing I’d somehow missed the initial broadcast of the men’s snowboard cross, the one event I was most looking forward to. The games were a nice little distraction during the day, and we watched quite a bit at home, as well. Now, onto Beijing in 2022. How different my life is going to look then!

I’ve mentioned from time to time Mark & Tara’s PNW Farewell Tour, a list of things to do and places to see before we move. We settled on 26 items and have been able to cross off 11 so far. On Sunday we completed another – lunch and a movie at Kennedy School, one of the McMenamins flagship properties. We met up with our friend Chris for lunch and cocktails, then Tara and I saw “Star Wars: The Last Jedi” in the theater there. Afterwards, we grabbed a few more drinks at one of the onsite bars before calling it a day. Great way to spend a rainy Sunday. 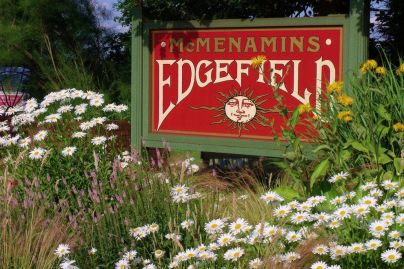 I know we’re focused on and excited about our move, but I would like to devote some of these blog posts to our favorite places in Portland/Vancouver. I don’t want anybody to think we won’t miss things around here – that certainly is not the case. Now’s the perfect time to discuss one of those places – or in this case, a chain of those places. We are big fans of the McMenamins mini empire, a family-owned chain of pubs, breweries, hotels, theaters, spas, and music venues. Portland brothers Mike and Brian McMenamin opened their first cafe in 1974, founded a hospitality company in 1983, and acquired additional properties over the years. They focus on handcrafting their own beer, wine, cider, liquor, and coffee, and serve up terrific food – in fact, they are one of the 50 top craft brewers in the U.S. Their locations now number in the dozens, and they have been expanding into Washington state in recent years. 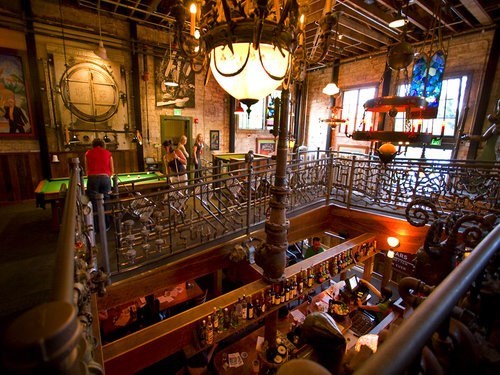 McMenamins is a unique place to spend a a couple of hours or even a whole weekend, if you are so inclined. It can best be summed up as an “experience.” Their larger properties, like the aforementioned Kennedy School and the Grand Lodge in Forest Grove, are a labyrinth of bars, theaters, and restaurants. Our favorite is Edgefield, a sprawling former county poor farm in Troutdale that features a winery, golf course, distillery, and amphitheater, where we have caught many a summer concert on the lawn. Bonus: the hotel is haunted. We can personally vouch for that!

All McMenamins properties are decorated in artist-commissioned hand-painted murals that can only be described as whimsical – even exposed pipes don’t escape the artist’s paintbrush – and they sell a passport book in which you collect stamps that are later redeemed for prizes. Quite frankly it’s a brilliant business concept and always a great way to spend a day. And I haven’t even mentioned their legendary Cajun tots. There isn’t anything else quite like McMenamins. It will be missed! 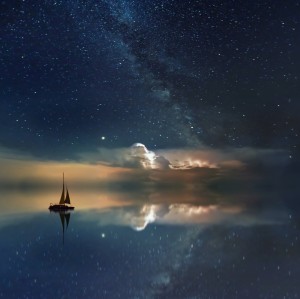