I feel sorry for all the Midwest folks who are still waiting for spring as they dig out from a seemingly endless parade of snowstorms. You guys are my peeps (or will be in a couple of months), so I feel your pain.

However, I am not yet a Midwesterner, so I may feel your pain but I am certainly not experiencing it. Because spring is going nuts out here. 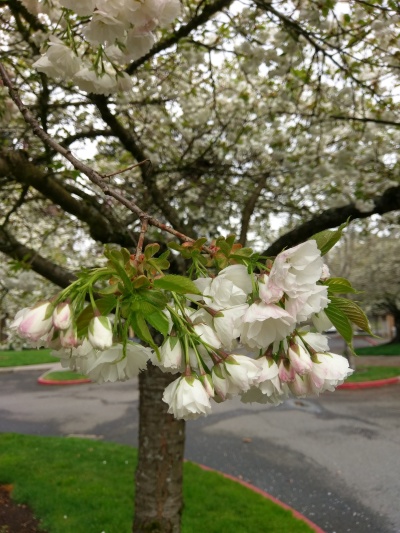 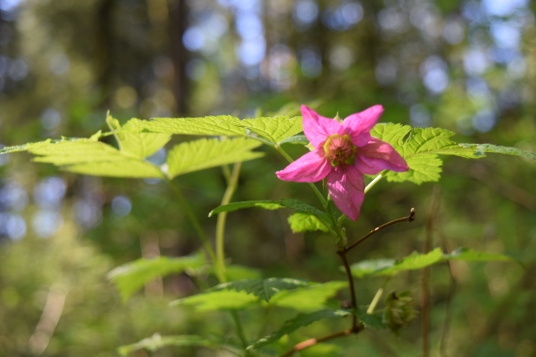 I like fall the best, but spring is no slouch.

We had a moving company representative come by on Tuesday to give us an estimate. It was far higher than expected: $7,300, which is about 2.5 times more than we budgeted. I guess we vastly underestimated the cost of an interstate move. (Actually, that’s not true. In reality, we had no freakin’ clue how much it would cost. I think we just hoped it would be under $3,000.)

Considering we can rent a U-Haul and hire a couple of helpers to move our heavy stuff down three flights of stairs for roughly $1,800, we’re most likely going to go that route. It’s hard to argue with the economics of the situation, especially given that I’m the only one with a job locked up. We’d have to haul one of our vehicles on a trailer and the trip would take a bit longer because of physics (and that pesky Continental Divide that will surely slow a heavy truck down), but it’s do-able. We might have to leave a day earlier than planned in order to make up some of that time, because we’ve already got a week’s worth of lodging booked in Rapid City. Would I rather just hire somebody to do the dirty work? Of course. But I also really happen to like saving money.

Nothing is set in stone yet. We’re still weighing our options.

After the estimator left, we celebrated Audrey’s 18th birthday with my parents. BTW, she moved out last week, renting a room in a house with a coworker/friend. Kids grow up so fast!

Wednesday was our Moondoggies concert at Mississippi Studios. My favorite part of the evening occurred two hours before the show even began. Tara and I had arrived early and were seated by the window of Bar Bar, the adjoining bar and grill, enjoying cocktails and a burger and fries, when Kevin Murphy – their lead singer – walked by. He spotted us and waved. Then he came over, shook our hands, and chatted us up for a few minutes. I eat that shit up, not gonna lie. I love that he knows us (by name even) and doesn’t consider us stalkers, even though we’ve been front and center for eight Moondoggies shows over the past six years. Later he and the band signed a copy of their newest record for us, and even personalized it.

The show was great, of course. Beforehand I realized that the very first time we went to Mississippi Studios was to see The Moondoggies, so it was only fitting that our last show there would also involve them. Unless something last minute comes up, that is, but we’re running out of time. And I’d kind of like to end it on that high note anyway.

The band played until 11:30 so it was a late night, and we had to go to work the next day, but in the end it was totally worth it.

I’m not going to change my countdown app until we have solidified our moving plans, so we might have one day less than indicated, but for now…

As much fun as we had road tripping, it really is good to be home and enjoying our favorite Saturday evening pastime.
About ready to put a stamp on the work week and break free for the weekend!
I may have lain flat on my stomach to get some of these shots. And Tara may have photographic evidence of this. I will neither confirm nor deny these rumors.
There were several surprises during our road trip, including the sheer beauty of Turkey Run State Park in rural Indiana. Sugar Creek flows through the heart of the park.
Pink Floyd's "The Wall" exhibit was an exciting highlight for us at the Rock Hall. Look at those mile-wide grins on our faces!!!
One more bit of roadside kitsch before we hit South Dakota.