The Moment When Everything Changed

One year ago, at this exact moment – June 16, 2017, 8:07 a.m. – everything changed. My entire future was altered with the push of a button. At the moment, I never imagined such far-reaching consequences would result from sending a simple email. Here it is, in its entirety:

“You know, if you wanted to expand our search area, there’s always this beauty. And lots others like it!”

And the beauty in question… 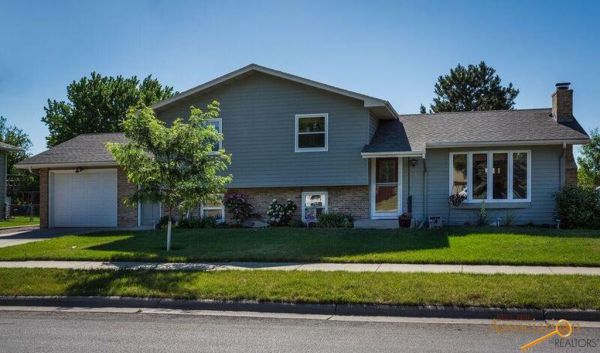 This was the Friday morning after what had turned into a frustrating week full of highs and lows. We’d finally gotten serious about buying a house, and were pre-approved for a loan. So we started shopping around, and found the perfect home just a couple of miles from where we currently live, in Vancouver, Washington. Experienced a bit of sticker shock over the asking price, but the housing market is red hot here and we figured we could probably make it work. We might have to contend with eating nothing but ramen for a few years, but that seemed like a high sodium sacrifice we’d be willing to make. So we drove over to take a look at it, and the first thing we saw was several other carloads of people who had the same idea. The house wasn’t even officially listed yet.

Prescient words, because a bidding war ensued – something that is all too common in the Portland area these days. We never even bothered throwing our hat in the ring, because the listing price was already more than we were comfortable spending. The loan amount we were pre-approved for would require a hefty down payment in order for us to afford anything decent around here and would leave us so strapped with mortgage payments, there’d be no discretionary income left over, so our initial giddiness quickly gave way to despair.

So one year ago, I turned the tables on Tara and her Zillow addiction, and sent her the above listing. I can’t stress enough that this was just for fun. I’d long had a secret love affair with Rapid City, but figured ours would be an unrequited romance. Even in my wildest dreams, I never imagined Tara would be the least bit interested in moving to the Midwest. Desperate and frustrated, I typed “Rapid City” into the Zillow search bar, just to torture myself, I suppose? And was blown away by the cheap housing there.

Shockingly, so was Tara. It still seemed like “a pretty farfetched idea” when I blogged about it two days later, and would remain an unlikely dream for about six weeks, when I finally began to believe it might actually happen. But that one email opened a dialogue and unleashed a chain of events that have led us here: in a mere six days, we are leaving the PNW for a new life in Rapid City.

The house that started this all, by the way? It never did sell. The listing was removed two months later. Who knows why these things happen, but they do. How funny would it be if it hit the market again…and we ended up buying it? The odds are ridiculously long, of course. Everything would have to fall into place perfectly.

But that’s exactly what we said about moving to Rapid City in the first place.

← Mystery Solved
10 Things I Love About You →

3 Comments on “The Moment When Everything Changed”