We have done so much exploring the past week, I’m experiencing sensory overload. In the best way possible.

When I last updated, we were about to head out into the Black Hills to check out Sheridan Lake, despite the fact that a Severe Thunderstorm Watch had been issued for the area. Sure enough, we encountered ominous looking clouds the moment we left, and experienced some thunder, lightning, and rain on the way to the lake. And when we got there, we were treated to the following sight:

Those storms weren’t so bad, I thought. Little did I know they were only a preview for the main event. There was no cell service up there, so I could not access my trusty Doppler radar app. Had I done so, I’d have seen this line of severe thunderstorms bearing down on us.

Maybe ignorance is bliss. Thinking we were out of danger, we were able to enjoy the spectacular scenery around the lake.

Daylight was fading, so we eventually headed back to town. As soon as we had service again, I got a weather alert about the approaching storms, so we did what any sensible person would do in this situation: headed for the highest peak in Rapid City with metal tripods in gear so we could take pictures!

OK, in retrospect maybe this wasn’t the smartest thing to do. But we were hardly alone: there was quite the crowd gathered up at Dinosaur Park, watching lightning flickering constantly over the Hills as the storm approached. Soon it was all around us and thunder was booming overhead, so we decided to pack it in. Tara got this fantastic shot:

It started raining just as we reached the truck, and for the next 90 minutes the storm raged on, with nonstop lightning, thunder, and heavy rain. We ducked into Buffalo Wild Wings for a late dinner, and even over the noise from the crowded bar, we could still hear it. What a fun night!

The next day was the 4th of July, and I was feeling especially patriotic this year. Maybe because we live in the City of Presidents now. Plus, here in the heartland, people are more unabashedly pro-America than on the West Coast, so that probably rubbed off on me, too. Normally we spend the holiday lazing around home, but this time we decided to head downtown and check out the festivities at Main Street Square. Really though, it was just an excuse to bar-hop our way around town. At least everything was within a few-block radius, so we didn’t have to worry about driving. 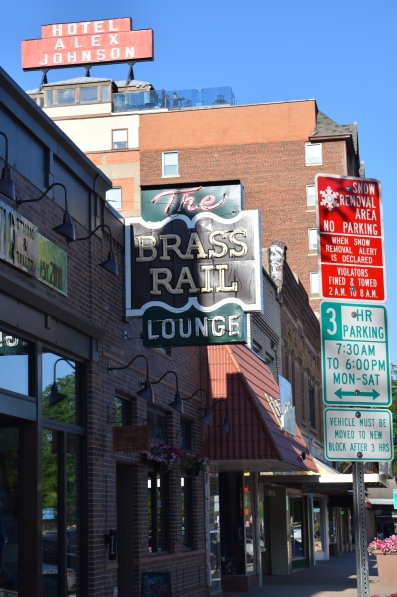 This gave us a great opportunity to check out some of the local bars (Firehouse Brewing, The Brass Rail, Independent Ale House), and we even played video games at Press Start. They had Tempest! My favorite game ever!

Afterwards we headed over to Founder’s Park to check out the city’s fireworks display. We had no problem finding a place to park right across the street; we spread a blanket out on the grass and enjoyed the show. 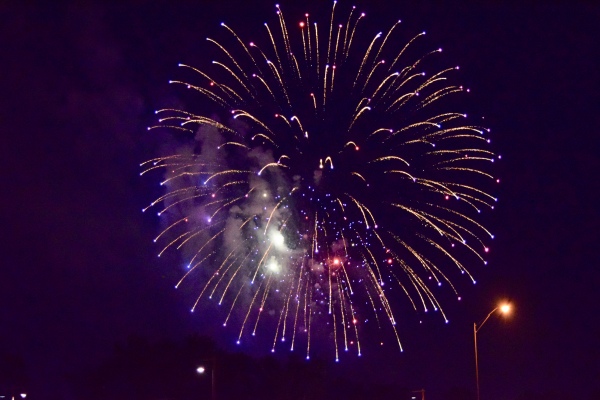 It was such a fun holiday! Way better than staying home, that’s for sure.

Thursday felt downright tame in comparison. I went back to work, but instead of hitting Harriet & Oak or the library, I just worked from home. And had all my weekly assignments finished by noon, which means I’ve essentially had a long weekend ever since. It’s hard to wrap my head around this; almost feels like I’m getting away with something I’m not supposed to! I think the secret is, I’m just really productive when there aren’t other people distracting me. I’m going to check out a coworking space downtown called The Garage on Monday; they have a variety of different memberships available, including daily, weekly, and monthly leases; these give you access to a table or desk, wi-fi, and bottomless coffee. It’s worth the $10 drop-in fee to me, since I spent at least that much at the coffeeshop, and this way I won’t feel like I’m not supposed to be there all day. Should this freelance/independent contractor thing pan out, I might just consider signing up for a space there. At least that way I’m surrounded by other creative types, and it will feel more like “going to work.”

Friday we drove around town checking out various houses Tara had found, just to get a feel for the different neighborhoods. We are pretty much in love with this part of town, the northwest side, so when we do buy we’ll probably focus our efforts here. At least it would make our move a lot easier.

Because it was a hot day, we drove out to Pactola Reservoir in the afternoon. This lake is massive, and even though the temperature was pushing 90 degrees, the breeze coming off the water was refreshing. Plus, there were baby ducks and geese! 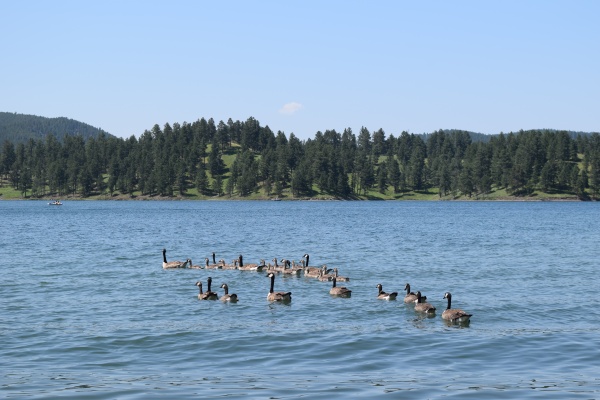 We came home, listened to records, played cribbage, and grilled buffalo burgers and corn on the cob for dinner. Spent quite a while chatting with our neighbor, Cici. She is super friendly (like everybody in the Midwest), and I can see us hanging out with her and Tyler, her boyfriend, in the future. Funny, we spent four years in our last apartment and never got to know any of our neighbors.

Today is going to be really hot – they’re forecasting 100 degrees – so we got up early, took a nice, long walk around Canyon Lake Park, and are planning on holing up the rest of the day, enjoying our A/C and watching movies.