I basically drove 100 miles today for a donut.

It was a damn good donut, if that helps. And that was a 100-mile roundtrip. I only went 50 miles in each direction to get it. I hope that makes me sound a little less crazy. 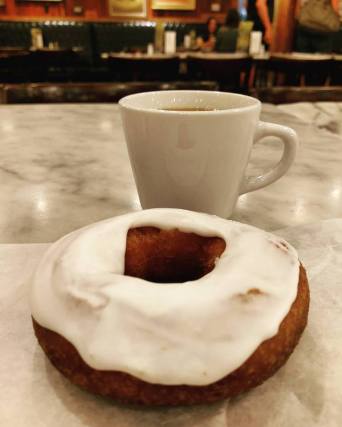 Trust me. It was worth it.

OK, I didn’t just go to Wall Drug for the donut, though that (and the 5-cent cup of coffee) was certainly the highlight. I was looking to get out of the apartment for a few hours and figured a jaunt down I-90 to my favorite kitsch-heavy drugstore mecca was just the ticket. And while I bemoaned the fact that the place was overrun with tourists at 9:30 in the morning, I walked out of there with a baseball cap, coffee mug, sticker, and bottle of hot sauce, which begs the question: even though I live here now, can I truly be considered a local if I’m buying touristy stuff myself?

In my defense, Wall Drug was a regular getaway for us when we lived here in the 1980s, and I’m finding it all sorts of fun to revisit these places from my past. I’m finding I have a whole new perspective as an adult.

Take Tuesday, for instance. It was our one-month anniversary in South Dakota (yes, it’s been that long already!) and I decided to commemorate the occasion by going for a hike. My destination was Harney…err, Black Elk…Peak. They changed the name two years ago to honor a Lakota medicine man; the Sioux consider the place to be sacred ground and it is where Black Elk had a great vision at the age of nine. I have fond memories of hiking here with my family and couldn’t wait to get back. At 7,244′, Black Elk Peak isn’t only the tallest mountain in South Dakota; it’s actually the highest point east of the Rockies and west of the Pyrenees in Europe. Which sounds like one hell of a climb, but keep in mind the elevation at the trailhead is already 6,000’. It’s about a seven-mile roundtrip and really wasn’t all that strenuous save for the last mile, where you’re traversing a series of switchbacks and stone stairs carved into the trail. I have to admit I was a little bit winded just because I’m still getting acclimated to living on the high plains after three decades at sea level, but I had plenty of water and never doubted I’d make it to the top. 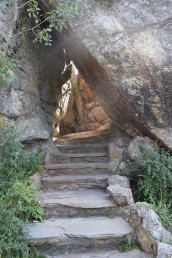 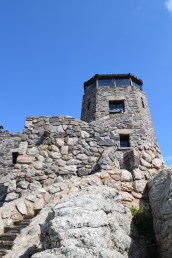 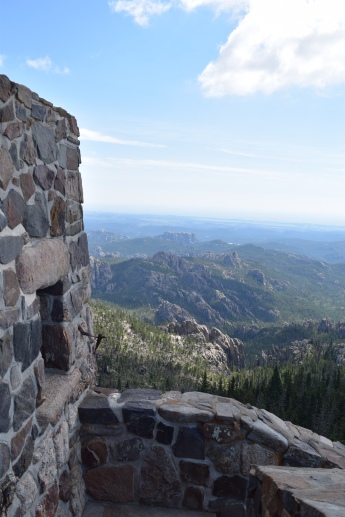 It was totally worth the effort, too! Honestly, it was even better than I remembered.The scenery is off the charts. Towering ponderosa pines, purple and yellow wildflowers, sheer granite cliffs, burbling streams, and views for days. And this is what I mean about different perspectives – I don’t ever recall being blown away by it all 30 years ago as I was on Tuesday. I guess teenagers don’t have the same appreciation for the beauty of nature as adults do.

Here’s the view from the bench. See that triangle-shaped dot near the top left? That’s the lookout tower.

Perfect day for a hike!

Looking east across the prairie.

Once you reach the summit, there’s a stone tower that once served as a fire lookout; one time my family had to wait out a furious thunderstorm sheltered there, and hail covered the trail during our descent. This time there was only sunshine and a few puffy clouds to deal with. The 360-degree view is incredible – you can see four states from the summit (Wyoming, Montana, Nebraska, and South Dakota). It’s really something. It took me about four hours to complete the hike, and that includes quite a bit of time sitting on a rock outcropping gazing at the distant prairie that stretched across a seemingly endless horizon and wondering once again how I ever ended up back here. It still feels unreal! I’m not prone to Zen moments, but I came damn close on Tuesday. It definitely brought back memories and gave me All The Feels.

Made it to the top! 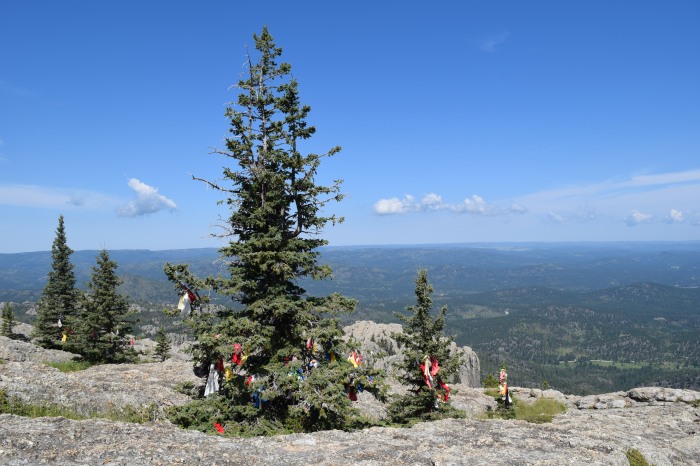 I believe that’s North Dakota off in the distance. 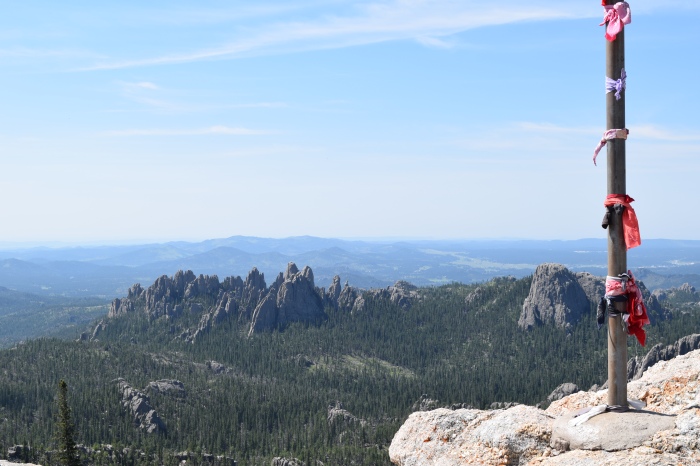 Successful summiteers tie their bandanas to poles and trees.

Afterwards, I came home and knocked out a couple of work assignments. As I did today. I feel like I have the best of both worlds right now; there’s plenty of freedom without any stress over money. So this is what it’s like to be retired! Although I must admit, I do find myself losing track of which day of the week it is. It always feels like it’s a couple of days later than it really is; Tuesday feels like Thursday, Wednesday feels like Friday. I suspect that will change once Tara begins her new job tomorrow and we revert to a whole new, more normal routine.

I also have to say, I’m already lamenting what feels like the end of an era. I will always look back on our first month here as one big free-spirited adventure. But of course, I knew it wouldn’t last. Nor would we want it to, as that would mean we were jobless and destitute. Freedom isn’t much fun if you can’t afford to go out and do anything, let alone pay the rent. So this is good!

Speaking of Tara, she should be home in about an hour. When last we spoke she was in eastern Wyoming making her way back to me. I’ll be happy to see her, as the novelty of being on my own wore off days ago.