Blast from the Past

First things first: I need a good oatmeal recipe. I’m used to buying Trader Joe’s frozen steel cut oatmeal. Looks like an oversized hockey puck, but it’s surprisingly delicious and simple to make: two minutes in the microwave, stir, another minute and twenty seconds, and dig in. However, there is no Trader Joe’s in South Dakota, so I’ve been struggling to find a decent alternative. 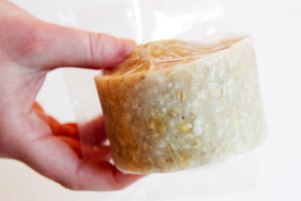 In case you were wondering, instant oatmeal in a packet is not a decent alternative.

I might add that Harriet & Oak makes an excellent oatmeal – probably the best I’ve ever tried – but it’s not always practical to run downtown whenever I want a bowl. I’d rather just make it myself (and save money in the process).

So I’ve gotta figure something out. I found a few recipes online that look promising. Like this one. But if anybody else has a go-to recipe, I’m all ears.

Tara’s birthday last Friday was nice, even if she did have to work. We met for lunch and spent the evening playing cards, listening to records, and eating pizza. Just like our old life in Washington, only we were serenaded with a thunderstorm this time. When Tara’s coworkers learned it was her birthday, they got her a cake. Nice gesture! Today marks her third day there but so far it seems like a good fit. It’s a far less stressful position than the one in Vancouver. Another benefit to living in a smaller town. 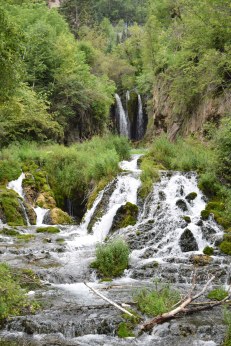 Our real celebration was supposed to be on Saturday. Her birthday gift was a room at the Spearfish Canyon Lodge, something I’d booked four months earlier. We loaded the truck and took our time driving up there, detouring through Lead and hiking out to Roughlock Falls and back. When it came time to check in, Tara joked that it was going to be a great evening “unless they turn us away.”

They turned us away.

I wish I was kidding, but no such luck. Remember the thunderstorm that “serenaded” us the evening before? It was screaming at the top of its lungs out in Spearfish and caused quite a bit of damage. The lodge lost power Friday night and it was still out 19 hours later when we attempted to check in. That meant they could not honor our reservation. They’d tried calling me, but my phone number changed after I booked the room, so they weren’t able to get through to me. They did send an email, but that was mid-afternoon and we were already hiking a mile from the lodge by then. Plus, we had no cell service anyway.

I was devastated, to be honest. I’d planned this all so carefully and was proud of the fact that I’d booked us such a great getaway. To her credit, Tara was unfazed and suggested we find a Plan B. We had read about a cool, retro 1950s-themed motel in Custer that we wanted to check out someday, but I figured the odds of snagging a last-minute room on a Saturday night at the height of tourist season in a town within spitting distance of both Crazy Horse and Mount Rushmore were slim to none. Somehow, luckily, I was able to get a room and salvage her birthday weekend. So we regrouped in Lead over a couple of drinks and a plate of onion rings and then drove the hour and thirteen minutes south to Custer.

The Rocket Motel certainly lived up to its hype. It was unbelievably cool! Vintage decor throughout, right down to the furnishings and tile. And it was one of the cleanest motels we’ve ever stayed in. Plus, the bed was super comfortable. You might say the place was firing on all cylinders! We wandered down to a bar and grill the manager recommended for a bite to eat, then went back to the motel. They had a covered patio and since the weather was perfect, we brought out wine and a cribbage board and played until the chilly night air drove us inside, where we played some more. I have to say, as far as Plan Bs go, this one was killer.

The next morning we grabbed breakfast at a little cafe downtown before checking out. Drove through Custer State Park next, stopping at the Mount Coolidge fire lookout tower to take in the views before heading to the Wildlife Loop.

That certainly did not disappoint! We were two-thirds of the way through and had seen the usual prairie dogs, burros, and pronghorn antelope, but hadn’t stumbled across any bison yet. And then we rounded a bend and there they were. Everywhere. There were hundreds of them, as far as the eye could see. It was a breathtaking sight, and reminded me of the scene in “Dances With Wolves” where they crest a ridge and find a veritable sea of buffalo in the valley below.

If you’ve never been to Custer State Park and driven the Wildlife Loop, do it.

All in all, it was a pretty great weekend, even though it didn’t go as planned. But in some ways those are the best kinds of weekends, aren’t they? 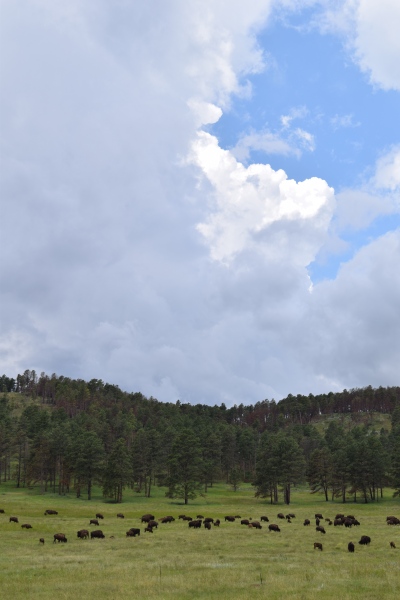 July has been unusually cool and wet. It’s weird to have triple the normal precipitation and high temperatures 15-20 degrees below average while the PNW is roasting through an extended heatwave. Sounds like they’re about to find some relief just as our temps are warming up to seasonal norms.

These next couple of weekends are going to be low-key, because the 2018 Sturgis Motorcycle Rally (we have learned locals call it simply “the rally”) is about to commence, and with that comes a lot of noise and streets crowded with bikers. They’ve even put up temporary traffic lights throughout the Black Hills to help control the throngs of people. It’s great for the local economy, but not so much if you want to get out and do things. Or so we’ve heard.

I see a lot of movies in our immediate future.

← Donut Judge Me!
Blast from the Past Part II →

7 Comments on “Blast from the Past”