The most miraculous canyon in the West…a South Dakota treasure of noble inheritance. Had Spearfish Canyon been on the throughway to western migration, the canyon would be as significant in public appreciation as the Grand Canyon is today.

About that snow. It’s been really cold here – like, 20 degrees below average. Gray and rainy, too. Last night, forecasters were calling for 1-5″ of snow in the Black Hills. It was a cool 38 degrees in Rapid City this morning, and just ten minutes outside of town, the rain turned to snow.

Made for a beautiful drive. 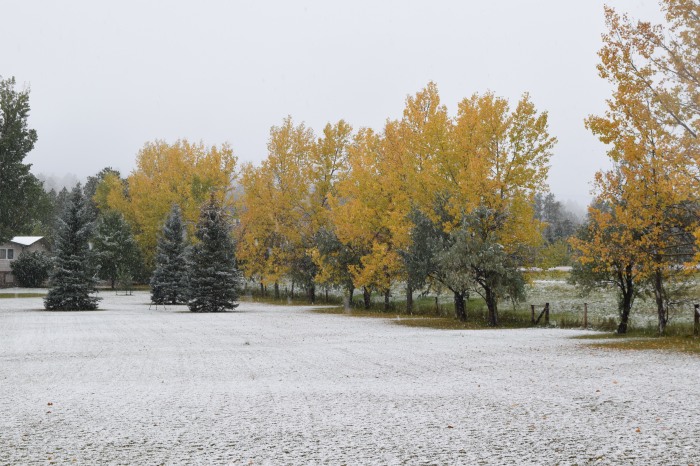 When fall and winter collide, Part 1.

35 degrees meant the roads were wet but not slick.

Rapid City didn’t get any snow, but we came close. Literally. 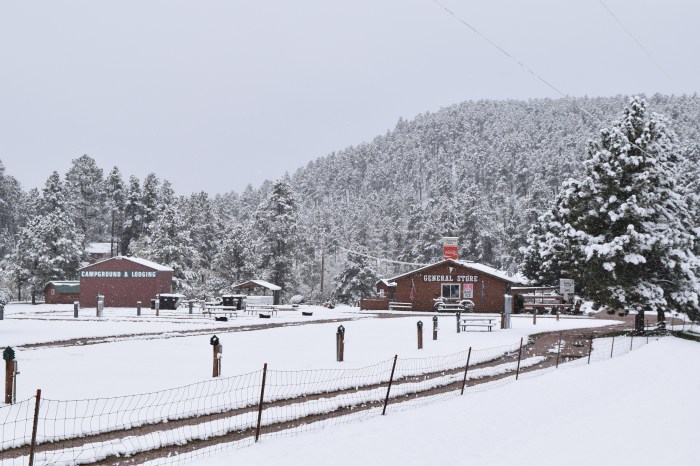 This campground is closed for the season. Good thing. 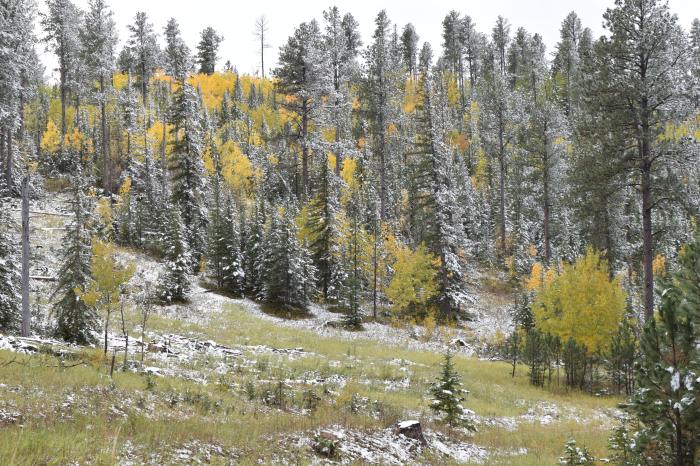 When fall and winter collide, Part 2.

I had so much fun today! And to think it’s only September. We’re going to be flirting with snow for the next six months.

I’m excited for tomorrow. Tara and I are planning our day around The Great Downtown Pumpkin Festival in Rapid City. It’s supposedly the biggest downtown festival of the year and includes pumpkin catapulting, a giant pumpkin weigh-off, and a pub crawl. What’s not to love?! There are even pony rides, but dammit, I’m probably too old for those.

It’s definitely feeling like fall here, and this weekend is sure to add to the spirit!

Hey, bud... spring is here!
Love our new fire table and patio set!
Most of last night's snow (about 3" in west Rapid) has already melted courtesy of the warm(er) April sun. Don't worry about the pasqueflowers; they can stand up to anything Mother Nature dishes out!
Sleigh bells ring, are you listening?
We could not be happier with this Black Hills mural @focicurrent created for us in a matter of hours. Derek transformed a drab, boring retaining wall into a work of art incorporating the Cathedral Spires, Sylvan Lake, a bison, and pasque flowers. Inspiring work from a truly talented man. It's like our own little slice of Art Alley right here in the suburbs.
Went in search of Easter flowers. Pasque and you shall receive.