Many years ago, my dad’s cousin Johnny came out for a visit  when we lived in South Dakota. He and Johnny are the same age and were very close growing up on the mean streets of Trenton; theirs was a friendship that continued into adulthood. Johnny is a real character. Always wears his hair greasy and slicked back, smokes like a chimney, and is the pickiest eater I have ever met. The only type of meat Johnny ever ate was beef. This would drive my mom nuts anytime he came out to visit, as it strictly limited our menu, forcing her to either make him a separate dish or devote a week to cooking nothing but red meat.

During that South Dakota visit, my parents decided to pull a fast one on Johnny. Guessing he’d never be able to tell the difference, my mom made buffalo burgers one night and presented them as angus beef. Johnny was sitting there at the dinner table, plowing through his burger with gusto, none the wiser, when my dad cleared his throat.

“How’s that burger, Johnny?” he asked.

My dad then let the hammer fall and told his cousin that what he thought was beef was, in fact, bison. Johnny was surprised, but to his credit, finished his burger. This trickery didn’t suddenly turn him into an equal opportunity carnivore or anything, but probably made him a little more cautious when sitting down at the dining room table in our house from that point forward. 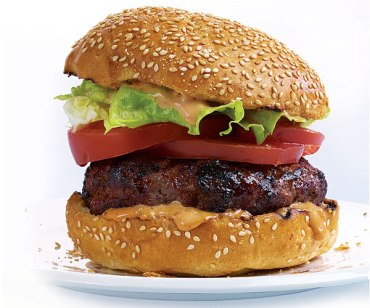 Ever since, I’ve thought of these little food switcheroos as “Johnnyburgers.” In fact, I’ve turned the noun into a verb when describing this act of subterfuge. One time when my kids were young, I snuck some vegetables into their spaghetti sauce. Audrey and Rusty were Johnnyburgered!

Just last week I Johnnyburgered Tara. When it comes to coffee, she is very choosy over what she pours into her mug. It’s gotta be Costco’s Kirkland brand Medium Dark Columbian Roast. Which was all well and good when we lived within spitting distance of not one, but two, Costcos, but the nearest one now is 346 miles away. Suffice it to say, that’s a long way to go for coffee! We stocked up before our move, and still have several cans left, but we go through coffee pretty quickly. The day is sure to come when we run out of the Kirkland Medium Dark Columbian Roast. Keenly aware of this, I decided to pick up a can of Maxwell House at Safeway last week when I spotted it on sale for $4.99. The next morning, after stealthily substituting Maxwell House for Kirkland, I asked my wife, “How’s that coffee, dear?”

“Would you say it’s good to the last drop?” I asked, unable to resist their gimmicky advertising slogan.

When she replied in the affirmative, I told her – rather gleefully, I might add – “You’ve been Johnnyburgered!”

To her credit, she wasn’t upset over the deceit. I think she realizes, too, that our precious coffee resources are dwindling faster than Trump’s approval rating, and certainly isn’t opposed to finding a different brand we can procure more easily. But after a few days of drinking the Maxwell House, she decided it was “too bitter” after all. I dunno about that…I think my wife doth protest too much…but, that’s fine. Back to the drawing board it is.

We had a nice weekend. The weather has been very pleasant, so we took advantage and hiked 5.5 miles on Saturday morning. Saw a movie in the afternoon, “First Man.” Two thoughts: man, Buzz Aldrin was a dick. But Neil Armstrong wasn’t exactly warm and fuzzy either. I had no idea he suffered from so many inner demons. I googled him afterward and while most of the scenes in the movie were based on reality, the…

DO NOT GO ANY FURTHER IF YOU HAVE NOT SEEN “FIRST MAN”!! 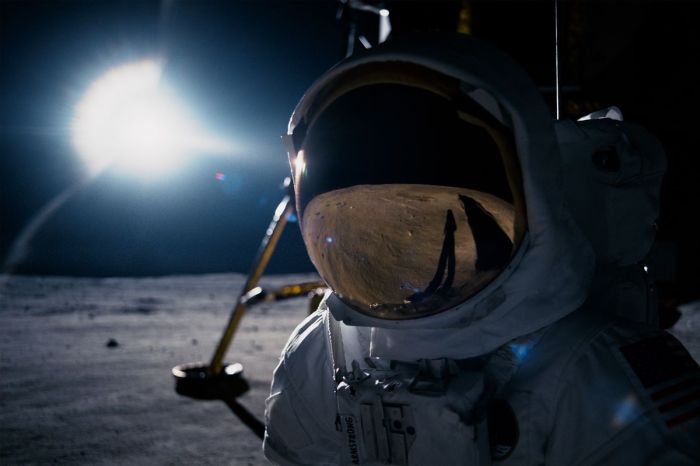 …part where he landed on the moon (I warned you I was giving away secrets!)…

OK, kidding. You probably already knew that unless you prescribe to conspiracy theories. I’m referring to the scene where he threw his dead daughter’s bracelet into a crater on the moon while shedding a tear. Turns out that was totally made up to heighten the emotional factor  in pure Hollywood style. And that’s fine. Never go into a “true story” expecting a completely true story!

After the movie, we went to Chili’s. Casual dining chain or not, I have missed that place! All I can say is, fajitas. (Well, I can also say Presidente margarita.) Good stuff!

Sunday we drove out to Prairie Berry to stock up on wine. They were having a great sale on their Pumpkin Bog (pumpkin/cranberry wine – yes, it’s good; no, it does not taste like a Pumpkin Spice Latte from Starbuck’s): one bottle cost $17.00, two bottles cost $17.06. I mean, how could we not?!