Home › Daily Life › Why Did it Have to be Snakes?

Why Did it Have to be Snakes?

It’s finally feeling like spring out here. We were a cat’s whisker away from hitting 60º last week, and as a result most of our snow has melted. I’m pretty surprised at how quickly it disappeared, considering we’ve had snow on the ground nonstop since December 1. I guess that’s the circle of life. (The circle of life also means lots of mud and creeks that are running pretty high.)

One day last week, there was a knock at the door shortly after I got home. It was Ed, our neighbor from two doors down, armed with a couple of steaks. He had brought us over a ribeye and t-bone – thanks, he said, for the Christmas cookies we gave him in December. This was very timely, as literally one day earlier Tara was suggesting we grill steaks soon since the weather has warmed up. I thanked Ed profusely and offered up the usual you-didn’t-have-to-do-thats, but he insisted. He’s a nice guy whom we chat with on occasion. With a high of 68º expected on Tuesday, I’ll be busting out the grill and putting those steaks to good use. Funny, nobody ever came to our door bearing meat in Washington (though we did get a note telling us our recycling bins were an eyesore and to remove our plants from the front entryway). Rude!

Friday night, we redeemed the vouchers we won during last month’s library scavenger hunt for Rush hockey tickets. The season is winding down and there were only a few home games left, so we figured we’d better get on the ball. Or on the puck, as it were. I assumed we’d be stuck in the nosebleed section, but they actually gave me my choice of seats from all that were available. We ended up in the second row near one of the goals (and eventually the first row, since those seats were empty). Had a great time as usual despite a 3-1 loss. It’s kind of bittersweet that we’ll have to wait six months before we can see another game.

Yesterday, we played tourist in our own backyard. When my family lived here in the 80s, we never once went to Reptile Gardens, a wild animal park and premier attraction in the Black Hills since 1937. Or Bear Country USA either, for that matter. I’m not sure why; we weren’t averse to hitting tourist attractions given the fact that we visited Mount Rushmore roughly once a month for three years. I guess it wasn’t something my parents were interested in? We would have loved it as teenagers though, because I loved it yesterday! How can you go wrong with 18′ crocodiles, some of the most venomous snakes in the world, and giant tortoises? 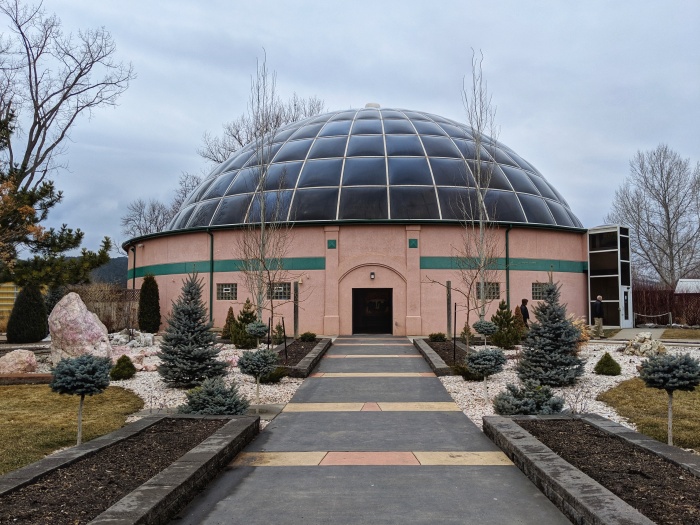 Spoiler alert: you can’t! Reptile Gardens has been certified by Guinness World Records as the world’s largest reptile zoo and I am not surprised: we spent a couple of hours there and could have easily stayed longer but we were getting hungry. The great thing about it is, locals get a pass for free admission for one year with the purchase of a ticket, so we most certainly will be back. Hey, mom and dad – wanna check out some snakes?!

By the time we left it was after 2:00 and we hadn’t eaten lunch, so we drove a few miles up the road to Rockerville, a tiny ghost town best known for its rustic saloon, The Gaslight. We had heard excellent things about the place but hadn’t been before. I’m glad we got to check it out, because everything was great! I had an excellent Bloody Mary, we found fried pickle spears to rival those from Shanahan’s in Vancouver, and the chislic was the best I have had out here so far.

I need to write about chislic in a future post.

Not much else to report. Busy gearing up for another work week. Tara has a solo trip to Ely scheduled for the end of the week – she plans to leave Friday and return next Tuesday, but as with everything around here, it is weather-dependent. This time of year is especially topsy-turvy. It’s supposed to snow a little tonight and then hit close to 70º on Tuesday, followed by another chance of snow Thursday night/Friday. She won’t bother going if the weather is iffy, so we shall see.

Finally got to try Rapid City's first-ever ramen joint! I was tempted by both the bison and chislic versions, but in the end, couldn't resist the traditional pork belly. The roast bison bao with wasabi mayo was a nice starter though, and a perfect example of Asia-meets-South-Dakota. That and Godzilla gearing up to destroy the @hotelalexjohnson. Thumbs up! (On the cuisine, not the carnage.)
Freezing fog in the Black Hills on Saturday coated these ponderosa pines with a layer of ice.
Hasn't felt much like winter around here yet. Until today.
I can't get enough of these sunsets lately!
Greetings from Rapid City, South Dakota.
This was how we spent our Sunday. Roof lights to follow (hopefully somebody else will be hanging those for us).