I have been nominated by Claudette (a writer of words, etc.) for a major award. (Or maybe I’m just channeling Ralphie’s dad, aka The Old Man, from A Christmas Story.) Instead of a leg lamp though, it’s a Special Blogger Award. I’d go into more detail, but it’s some real high-level stuff and I’m not at the mercy to divulge state secrets.

I’ve recently been on a quest to read more blogs and have diligently sought out new people to read. You know what? It’s harder than you think to find interesting people who are good writers and storytellers, but Claudette is one of them. Like a few other favorite bloggers, she’s Canadian. How could I resist? 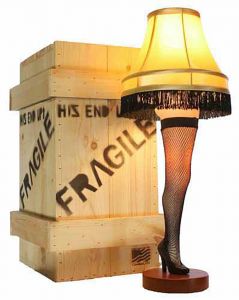 NOT my award. Unfortunately.

I have seen these awards circulating through the blogosphere for years and have been nominated a few times in the past but never bothered playing along. But I’ve been on a blog-writing kick as of late (like I don’t have enough writing in my life already!), so I figured this would be a fun way to drum up a new, pre-Thanksgiving post. The point is to answer 10 questions chosen by Claudette, and then nominate three bloggers here with questions of my own. So, let’s do this!

“Station Eleven” by Emily St. John Mandel. It’s a post-apocalyptic thriller about a group of survivors following a flu pandemic that has wiped out most of the world’s population. In other words, real cheery stuff! I actually love this particular genre (Stephen King’s “The Stand” set the bar high for me), and this novel won the Arthur C. Clarke Award in 2015, which I’m thinking is a pretty good pedigree. I’m 84 percent finished (can you tell I’m a Kindle reader?) and thoroughly digging it so far.

What is the best/favorite time of day to write your blog posts?

Whenever I have free time, which is hardly ever. I don’t like to rush them! Sunday mornings seem to work best for me, though here I am, banging this one out on a Monday evening (might not get posted until Tuesday, though).

If money and time was no object, where you would you like to go on your next vacation?

Somewhere in Europe, I can tell you that, though the country/city changes frequently with my mood. Lately I’m thinking Prague, with a swing through Budapest and Warsaw. My ancestors were Eastern European and I can’t help but feel a draw to that part of the world. Must be in my blood.

They’re planning to send some people to Mars. Putting aside all the complications involved with this trip, would it interest you to be a part of that group, and if so, why or why not?

No, thanks. We worked so hard getting our house decorated after buying it last summer, I’d hate to part ways with our groovy basement and record collection. Plus, a vacuum-packed and freeze-dried Bloody Mary would probably suck.

Name a tv show or movie you really didn’t like but were compelled to keep watching anyway, and explain why.

Surprisingly, “The Office.” When it debuted, I watched the first few episodes, but wasn’t feeling it, so I quit. Then, when season two began, a coworker kept hyping it up, telling me how funny it was. Curious, I gave it another shot…and fell in love. “The Office” became one of my favorite all-time sitcoms and to this day, I miss the Dunder-Mifflin crew something fierce.

Describe the most challenging part of a relationship (current or past). Could be with anyone (family, friend, professional etc.)

Resisting the urge to go off on my ex-wife pretty much every single day of my life. There’s a lot of water under the bridge there, and none of it is sanitary.

Which politician today do you find most entertaining?

Depends how you define “entertaining.” If you mean like a train wreck there’s only one obvious answer, but I refuse to type his name here. This may be cheating, but today I find Theodore Roosevelt the most entertaining politician. The dude delivered a speech with blood running down his shirt after a failed assassination attempt (he told the crowd, “Ladies and gentlemen, I don’t know whether you fully understand that I have just been shot, but it takes more than that to kill a Bull Moose”) and went on an expedition deep into the jungles of South America after his presidency, pushing on despite a severe case of malaria and tropical fever. I think it’s very fitting that he is immortalized on Mount Rushmore. We need more Teddy Roosevelts in this day and age. 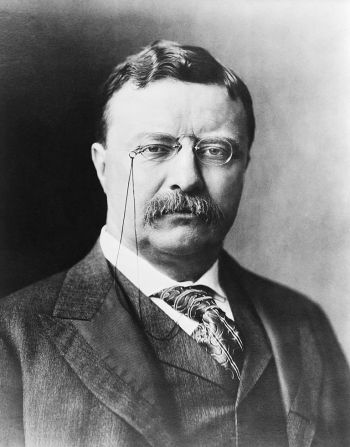 What is the most irksome thing you’ve come across in recent days?

Umm, the giant hole in my front yard and resulting $12K bill for a sewer line repair?

If someone placed two bowls of nuts in front of you, one with shells and a nutcracker, one without shells, which bowl would you choose to eat?

I think I’d be inclined to use the nutcracker. It’s a great way to take out aggression, and even though I know this isn’t true, I’d have the perception that a freshly-cracked nut was somehow fresher and tastier than one that had already been opened.

What’s the first word that pops into your mind when you hear the word Toronto?

That was fun! Instead of nominating specific readers (I love you all!), I’ll just invite anybody who is interested in playing along to answer the same questions. But for fun, we’ll change the last one to, What’s the first word that pops into your mind when you think of South Dakota?