I’ve learned some really cool things about the Black Hills during the course of my job. Like the fact that there is a secret chamber behind Abraham Lincoln’s head on Mount Rushmore that functions as a time capsule of sorts for future generations. It contains copies of important historical documents like the Declaration of Independence, Bill of Rights, and the Constitution, as well as the history of the mountain carving. The idea is that, if some folks stumble upon this mountain carving 1,000 years from now and are like, “WTF is that?!” they’ll have the answer at their fingertips. Assuming they can pry open the 1,200-lb. granite slab blocking the entrance.

The whole thing is a little unnerving though, because if some future civilization has no written record of Mount Rushmore, then we’re assuming a worst-case scenario like an  out-of-hand coronavirus that wipes out humanity. Cheery thought!

Hidden chamber leading to the Hall of Records.

In any case, once I heard about this Hall of Records, as the hidden repository is called, I knew immediately that I wanted to check it out and asked one of my coworkers if I could “pull my media card” and ask for a tour. After he stopped laughing so hard tears were streaming down his face and realized I was serious, he let me know the chances of that happening are pretty much zero. Once upon a time, the National Park Service used to invite select groups of people to check out the Hall of Records, but then in 2009 a bunch of Greenpeace activists gained access and unfurled a giant banner over the monument decrying global warming, and that put an end to the tours.

But hey, you never know if you don’t ask, right? I’m writing a legitimate story about the Hall of Records, so if they want to pull a Bloomberg and stop-and-frisk me for a hidden banner stuffed in my pants, more power to them.

I’m a huge Jack London fan; as a child, he was the author who pretty much ignited my love of reading. I devoured Call of the Wild, White Fang, and The Sea Wolf with the same zeal I hold today for lava lamps and Bloody Marys and Pink Floyd records. I found his writing to be very accessible and lacking the simplicity and gimmickry of, say, a Hemingway. His tales were set in exotic locations and featured colorful characters, both human and animal. One of London’s biggest strengths in my opinion was his ability to anthropomorphize animals. He wrote so convincingly of Buck’s transformation from domestic pet in sun-drenched California to alpha dog of the Yukon who (spoiler alert!) answers the call of the wild that I believed with every fiber of my being the thoughts attributed to the St. Bernard-Scotch Collie mix.

All of this is to say that when I learned there was a new Call of the Wild movie starring Harrison Ford coming out, I knew I had to see it. And yesterday we did. The reviews have been mixed, with a lot of people deriding the fact that Buck is a CGI creation and not a real dog, but I think this is rather silly given that one of Ford’s most popular roles had him starring alongside an 8′ tall shaggy brown creature whose speech is made up of wails, growls and moans. 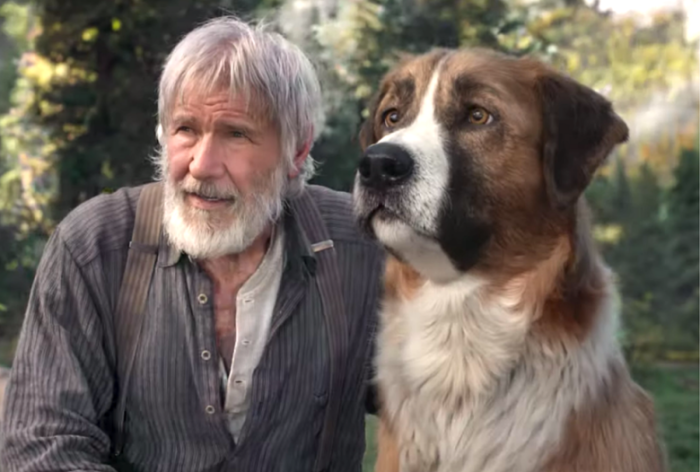 The movie was pretty good escapist fare. I felt a little bad because it was a sunny, warm day—at least by South Dakota standards—that would have lent itself to outdoor exploration. But I got over that quickly, especially when we followed up the film with pizza and beers at Independent Ale House. They’re one of the few places in town that offers decent sours on tap—the only beer I can even remotely stand.

Tonight, we’re going to barbecue chicken on the grill before the next round of snow arrives tomorrow.